SEVOTA, “Solidarité pour l’Épanouissement des Veuves et des Orphelins visant le Travail et l’Auto-promotion (Solidarity for the Development of Widows and Orphans to Promote Self-Sufficiency and Livelihoods),” is an approved organization under
Rwandan law. It was founded on December 28, 1994, and authorized by Ministerial
Decree No. 130/11 of September 5, 2008, published in the December 30, 2009,
edition of the Official Journal. It currently has 31 active members with
multi-disciplinary backgrounds. It holds a Certificate of Compliance issued on
May 6, 2013, by the Rwanda Governance Board (RGB).

SEVOTA aims to provide moral and organizational support to its beneficiaries–who include women survivors of violence, children born as a result of violence, and vulnerable households, including those of widows and orphans–so that they may be able to analyze their problems and find appropriate solutions, while working to build their skills in order to improve their emotional, social, health, legal, and economic living conditions and those of their community.

The purpose of the organization is to contribute to the improvement of widows’ and orphans’ position and their social, economic and cultural living conditions. 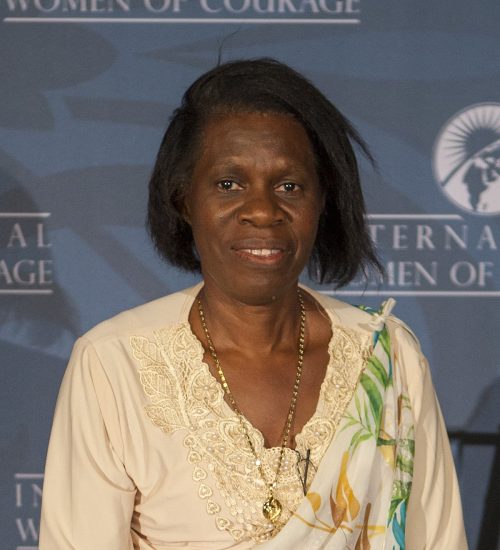 A brief history, from the Bugoba Church in Taba

Godelieve Mukasarasi had made a bargain with the Lord: She would initiate a divinely-inspired charitable effort, and in return, she’d have her children alive at the end of the Genocide. At first, she thought of opening an orphanage. One Sunday, after the Eucharist at the Bugoba Church, she prayed for enlightenment.

She had a vision of women approaching in tears, then of those same women walking away with laughter. Next, an image came to her of children approaching in tears, after which they, too, walked away laughing. The idea came to her to found a guidance services for Taba’s widows and orphans (Service d’Encadrement des Veuves et des Orphelins de Taba, SEVOTA) in order to help the most vulnerable members of her community to flourish. That Monday, she went to speak with the Chief of Taba Commune. On Tuesday, the municipal council was informed of her plan and agreed to help her get the process underway.

SEVOTA was conceived of in October 1994 and officially began operations on December 28, 1994, just after the genocide, with 26 widows and Godelieve, to help promote the rights of widows and orphans from the then-commune of Taba, currently part of the Kamonyi District in Southern Province.

– Identification by administrative authorities of widows, orphans, and survivors of the genocide in need of support. The data collection was carried out by the founder, Ms. Godelieve Mukasarasi, with the assistance of her children and their friends.

– Mobilization of widows by former officers of the Centre Communal de Développement et de Formation Permanente (Communal Development and Continuing Education Center, CCDFP), of which Godelieve was the manager, and by the local authorities, encouraging them to join voluntarily to share their terrible experiences and analyze their problems in order to find appropriate solutions.

They joined together for mutual aid and solidarity actions through people’s cooperatives (Ibimina) and the joint pursuit of agricultural activities.

One of their first grassroots activities was the Action Campaign for Peace by the PRO FEMMES/Twese Hamwe collective in Taba on March 8, 1995 (International Women’s Day), an activity organized to rally the population in favor of a culture of peace and respect for the rights of women and children. One aspect of that memorable day in SEVOTA’s history was a fundraiser to support SEVOTA’s launch. Soon after, the organization received support from Terre des Hommes Netherlands, African Communities Initiatives Support Team (ACIST), Care International, the Rwandan and Spanish Red Cross, Association Rwandaise pour le Développement (Rwandan Development Association, ARDEC), Réseau des Femmes œuvrant pour le développement rural (Rural Development Women’s Network), etc.

68 widows’ groups were organized across all the administrative units of Taba Commune.

Next, 10 orphans’ groups were organized in all areas of Taba, followed by groups of orphans’ guardians and groups of survivors of the genocide of Tutsi across administrative areas, for mutual aid and solidarity activities.

Beginning in 1995, over 1,200 beneficiaries have gathered together each December 28th to celebrate their successes.

In 1995, SEVOTA’s coordinator, recognized as a member of the Women’s Network for Peace, participated in an international peace conference in Amsterdam under the auspices of the Netherlands Volunteer Service.

A Counseling Day/Saturday was established to actively listen to the problems of women in distress, especially genocide survivors who later gave birth, on the fifth day of the month at the meeting for members who joined URUNANA rw‘abashaka amahoro(Taba Women’s Peace Network).

These meetings also served to allow women survivors of sexual violence to discuss the painful experiences they had undergone and dealt with on a daily basis, as well as how to manage the consequences of those experiences.

1996: Women members of SEVOTA who were survivors of rape heard the radio message about the development of the “Organic Law of August 30, 1996, on the Organization of Prosecutions for Offenses Constituting the Crime of Genocide or Crimes Against Humanity Committed since October 1, 1990″and were dissatisfied with the establishment of categories of criminals who could be subject to legal proceedings. Rapists had been classified as part of Category 4, or the category of individuals having committed offenses against property, the category carrying the mildest punishments. According to this law, a Category 4 offense was punishable by civil reparations through amicable settlement between the concerned parties with the support of their fellow citizens or, failing that, the rules on civil and criminal procedure would apply.

With the cooperation of Rwandan women activists in the field of women’s rights and members of organizations such as PRO FEMMES Twese Hamwe and DUKANGUKE and Doctors Without Borders, nine women in parliament came to meet the rape survivors of Taba. They were accompanied by the media, including Radio Rwanda and the Association Rwandaise des Femmes des Médias (Rwandan Association of Women in Media, ARFEM), and by other human rights institutions. The rape survivors gave testimony and provided information that successfully convinced the parliamentarians. To the survivors’ delight, the result was that individuals found guilty of rape or sexual torture were placed in Category 1, punishable by life imprisonment.

On October 15, 1996, in Geneva, SEVOTA’s coordinator was awarded the Prize for Women’s Creativity in Rural Life by the WWSF/Women’s World Summit Foundation, an international humanitarian non-profit organization that works for the implementation of women’s and children’s rights.

The women gathered information about institutions and organizations focused on human rights and women’s rights, and the International Criminal Tribunal for Rwanda represented another successful step for SEVOTA.

SEVOTA’s accomplishments were also supported by the United Nations Population Fund (UNFPA) and by the Co-operative Development Fund of Canada (CDF Canada). Thanks to their financial support, training programs in gender, rights, and anti-violence were organized, along with community awareness campaigns in the communes of Taba, Kayenzi, and Runda, with the support of a network of more than 20 gender, rights, and violence trainers, who were recruited from among the influential institutions in the field.

Women survivors of sexual violence received support from the Ministry of Health, the Ministry of Gender and Family Promotion, and the World Health Organization through the sexual violence treatment program, in the form of health care and medications provided through Remera – Rukoma Hospital. Malnourished children were also cared for. Following sessions on peace culture and reconciliation awareness, documentary films on reproductive and sexual health, in collaboration with Remera – Rukoma Hospital, were screened for the population for the prevention and care of sexually transmitted diseases including AIDS.